North Christian Church is looking for a Youth and Worship Minister who is relational, collaborative, and has a desire to influence a whole community for Jesus.

Denomination: Non-denominational (roots in the Restoration Movement and the Relational Discipleship Network)

In 1997 the church moved to its current location, building a brand new building on a number of newly purchased acres on the north side of town. After continued growth, an additional addition/remodel was done in 2005. In its 'prime' NCC's attendance was over 300, current attendance is around 125.

Connecting People to Jesus Christ and Each Other.

NCC is part of the Relational Discipleship Network. This is a network of churches that provide coaching, training, and resources to help churches become confident disciple making leaders who shift culture.

To learn more about the Relational Discipleship Network CLICK HERE.

We believe that man, created by God, willfully sinned and as a result, is lost and without hope apart from Jesus Christ, whose death, burial, and resurrection, opened the way for salvation.

The Bible is God’s Word to us. Human authors, under the supernatural guidance of the Holy Spirit, wrote it. It is the supreme source of truth for Christian beliefs and living. Because it is God inspired, it is the truth without any mixture or error.

God is the Creator and Ruler of the universe. He has eternally existed in three persons: the Father, the Son, and Holy Spirit. These three are co-equal and are one God.

We believe that God the Father holds all the attributes of God while exercising a unique role in the triune God. The Godhead is in agreement with the role of each: God as Father, Son as sacrifice, and Spirit as power. He is the father of Jesus Christ, by the power of the Holy Spirit, and yet still one with both as God. The Father adopts believers into relationship with Him as their Father. With Christ, believers have the privilege of being heirs to God’s glory. He actively prunes/disciplines believers to strengthen them for His glory.

Jesus Christ is the Son of God. He is co-equal with the Father. Jesus lived a sinless human life and offered himself as the perfect sacrifice for the sins of all people by dying on the cross. He arose from the dead on the third day to demonstrate His power over sin and death. he ascended to Heaven’s glory and will return again someday to claim His own and take them to that same Heaven.

The Holy Spirit is co-equal with the Father and the Son of God. He is present in the world to convict men of their need for Jesus Christ. He also lives in every Christian from the moment of salvation. He provides the Christian with power for carrying out His desires, understanding of spiritual truth, guidance in doing what is right, and is our intercessor. As Christians we seek to live under His control daily.

At NCC the board of elders make big picture decisions on vision and policy, and devote themselves to the shepherding of the church. The staff's role is to take that vision and policy and implement it. The Sr Minister is not currently an elder, but plans to be in the coming months. Elders do not directly influence/direct ministries and support staff, rather everything flows through the Sr Minister, including staff instructions.

The leadership culture is described as one of teamwork and mutual accountability. 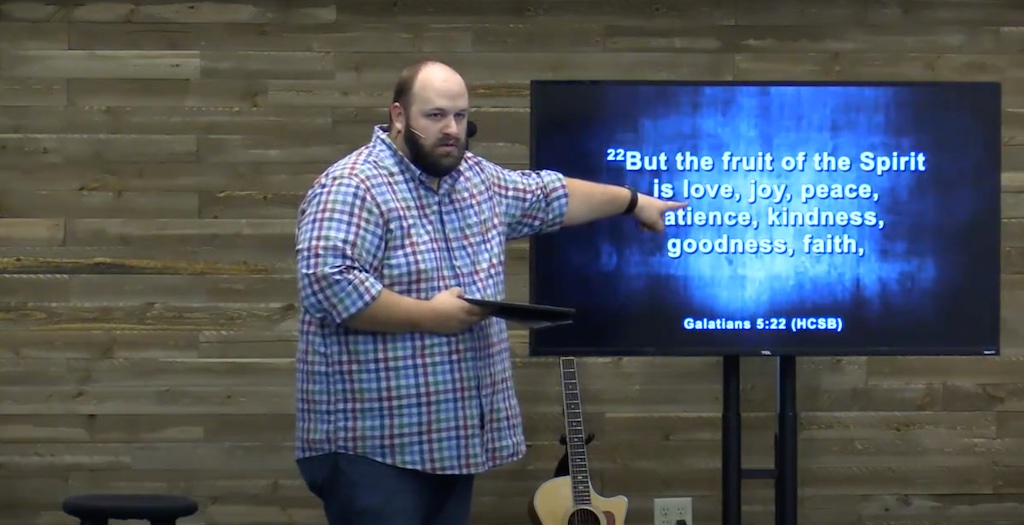 Matt is 34 years old, father of 4 (10 & under), married to Kimee for 13 years. He grew up in western Nebraska on a family farm/ranch. He was called to vocational ministry in 2014, attended Summit Christian College from 2006-2010, graduating with a BA in Ministry with an emphasis in Youth Ministry. He interned at NCC the summer of 2009, he and his wife did 'weekend ministry' at NCC through his Sr year of college, and he was hired as the full time Youth Minister in 2010. After the Family Minister left in 2013, he transitioned to Associate Minister, still active in Youth but also heavily involved in Worship, tech, online, and oversight in Childrens/Family Ministry. In 2016 he accepted the role of solo/Sr Minister after the retirement of his predecessor. This was not part of his original plan, but was an act of faith and obedience to where God was leading him, his family and NCC. It took Matt a couple years to really find himself in this new role, also going through significant ministry and personal challenges during that time. In 2019 a renewed passion for relational discipleship was discovered again, and he has been leading from that passion and focus since. He has a heart for people, relationships and team. He desires to build a team to not only do the work of ministry, but more importantly be active in the lives of people around them to help them grow in maturity and make disciples. Matt is a S/C on the DISC Assessment/Enneagram 9. Non-ministry related - his family loves all things outdoors. They regularly fish, hunt, camp, travel. He is a fan of The Office and similar shows. He is active in the community as a board member of a local youth swim/athletic club.

After a few years of not having a specific ministry for youth, there is great excitement and anticipation for the relaunching of the student ministries at NCC. The youth currently attend the adult services and are high level volunteers.

For seven years Matt Snyder was the Student Minister before becoming the Lead Pastor in 2016. Under Matt’s leadership the student ministries had great success with more than 30 students constantly attending and full youth specific ministry opportunities such as weekly services, camps, and events. NCC Youth was known for its strong small group culture.

THE FUTURE OF YOUTH MINISTRIES

This new leader will have the opportunity to dream and launch a student ministry that they feel will best serve NCC students and families.

The student ministries will be all about connecting students to Jesus Christ and each other. They will accomplish this through relational discipleship.

The desire is for there to be a weekly combined youth service for middle school and high school students. This service can be held Sunday nights or mid-week depending on this new leaders vision. This service would include times for games, worship, teaching, and small groups.

At NCC, relational discipleship is necessary, meaning, they put stock in relationships as the mode of spiritual growth and maturity in the lives of people of all ages. NCC is not a large event driven church, though events can and are used as a bridge to start relationships. It will be vital that this new leader have an understanding of spiritual growth and discipleship similar to that defined by the Relational Discipleship Network (rdn1.com). This new leader will be part of mentoring, coaching, and networking with the other youth workers from all around the nation as part of the RDN network.

NCC has great outdoor spaces for students to enjoy games such as volleyball, gaga ball, and basketball. There is also a large multi-purpose room that is available for dodgeball and other large group games. They also have two rooms that seat about 20-30 students each that can be used for large group gatherings and/or small group rooms. NCC is set up for success.

Cheyenne has had a strong network of youth workers from different denominations that have a rich history of working together to organize community wide events throughout the year. This group gathers occasionally for times of prayer, food, and encouragement. Pastor Matt is excited about helping introduce and build these relationships with other church leaders in Cheyenne.

Pastor Matt has continued taking the students from NCC to a summer camp each year even after his appointment as Leader Pastor. This new leader will have the opportunity to plan events and trips for students such as CIY (Christ In Youth), church camp, skiing, hiking, camping, and local events with other youth ministries.

Currently, North Christian Church offers two Sunday services. One traditional service and one contemporary service. During the contemporary service corporate worship music and musical features are predominately band-driven featuring energetic leadership and engaging music in the style of Hillsong and Elevation. Two or three vocalists (including the worship leader) fill the front of the stage and lead a 3-4 piece band and congregation in worship. It is absolutely vital that the worship leader be able to connect with and capture the congregation, engaging them in active participation. Their passion for Jesus, the people, and the team must be genuine and contagious!

The overall purpose of the weekend gatherings is to engage the believer in Christ-centered worship while providing the unbeliever a venue in which they are exposed to the truth of God’s love and grace through passionate worship, the power of God’s Word and relational community with others. The environment is dynamic, compelling, and authentic.

The traditional service has its own leader who schedules, organizes and leads this service’s worship. This new leader will not need to be part of the leadership of this service, but to help with connecting with volunteers who often serve at both services. As well as making sure that any needs from the media and tech teams are addressed.

The contemporary service will be the new leader's primary focus for Sunday mornings. There is a small but dedicated team that serves on a nearly weekly basis. This team is ready for someone to come in and take it to a level. Depending on this new leaders' gifts and passions Pastor Matt is still available to play and/or lead.